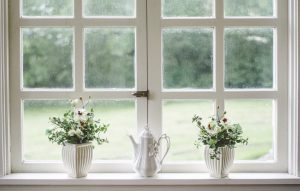 Modern noise pollution is a plague upon our cities and can be a cause of frustration or psychosis if not managed properly. This unfortunate element of modern society can run seamlessly through home life and office work and result in a wide range of unfortunate conditions. The good news is that you do not have to put up with it.

In the following short article we will cover some of the important things to understand about noise pollution and how having the right type of windows can make all the difference to urban living.

Sound is a vibration that ripples outward from its sources much like ripples on ponds after a stone disrupts its surface. These sound waves can ripple through solids, liquids and the air and emanate outward until, like the ripples in the pond their movements are dissipated. These sound waves are the vibrations that are detected by the ears and interpreted in the brain.

Let’s take the design of the noise cancelling headphone for an example. This ingenious device uses a small speaker to emit a wave of identical amplitude but an inverted phase – called the antiphase – to the original sound. As the waves meet they combine to form a new wave that interferes with the original noise and cancels it out. This effect is called cancellation and is what prevents the ear from detecting exterior noise. The science of acoustics is highly complex.

Noise pollution is caused by a wide variety of elements common in modern society.

Maintenance and building (like road works or building projects)

So why does the type of windows matter?

Windows are the point in the structure where the most sound can enter because the windows are thin and the glass is taut, like a drum. This greatly facilitates the passage of sound through windows. Without a preventative measure, the window can act like a speaker transmitting sounds from the exterior into the interior. Windows that are not properly closed will also have this problem caused by ‘sound leakage’.

This is not only a problem with the older single-paned glass windows. Even the modern double and triple-paned windows can allow for the passage of sound waves without offering much resistance. This is because the distance between the panes of glass is so small often no more than 20mm or less. So what can be done to improve the sound proofing capacity of your windows?

Acoustic glass creates sound interference by adding an extra layer sandwiched between multiple panes of glass on windows and other glass products such as a replacement conservatory roof. As the sound enters one layer it is passed through the sandwich layer and dampened before exiting the other side.

Acoustic glass has been specifically designed to absorb sound waves and dissipate vibrations.

Another way to understand this phenomena would be in terms of distance from sound sources. The distance between your window and the source of the sound is doubled with every 3dB of sound reduction. This means if your window was 10m from a busy road, you could push the traffic back another 10m by adding 3dB of noise reduction.

Improving the sound insulation of a double glazed window can be achieved with:

– Wider Gaps between the Frames